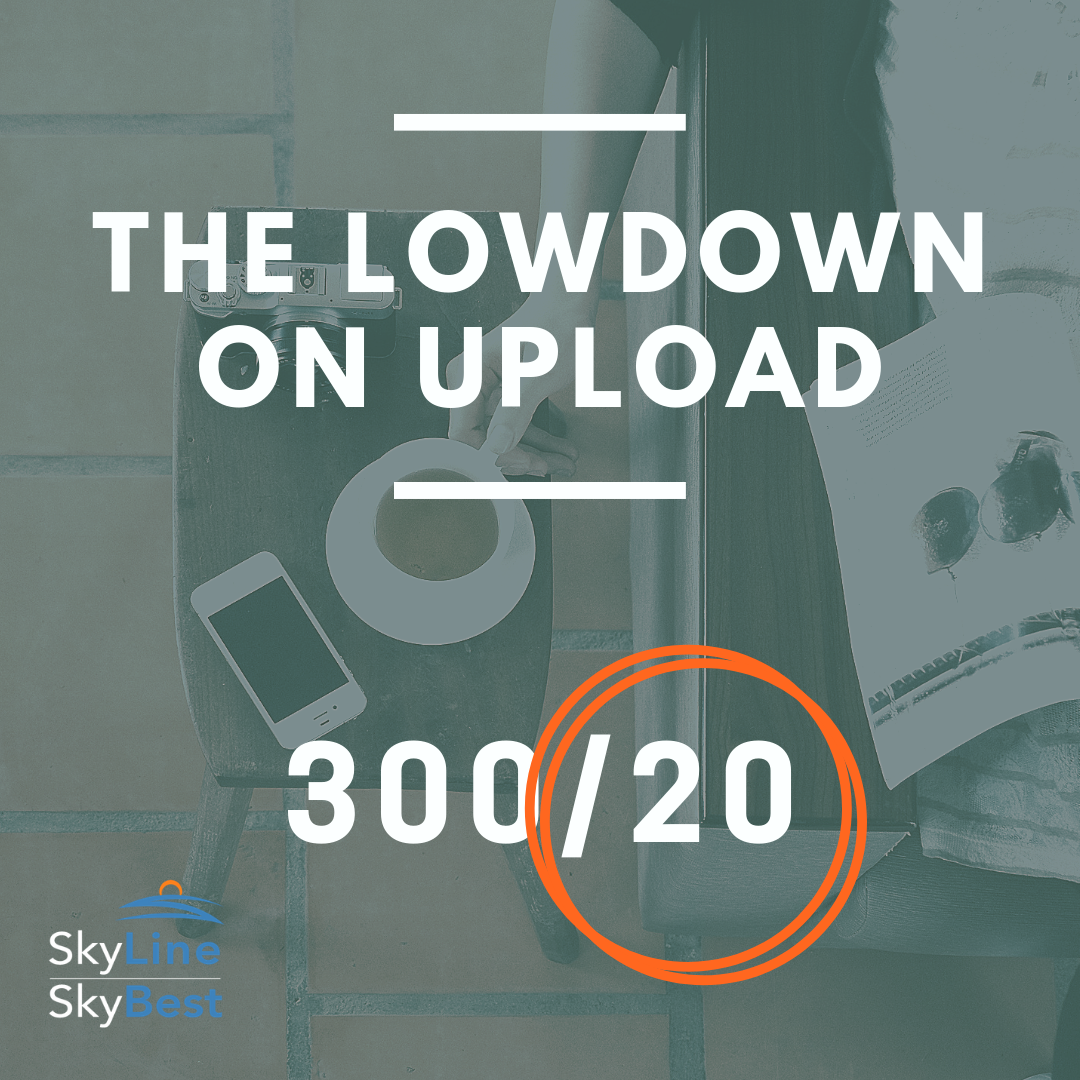 Don’t let the big number in the front fool you. Upload speed matters too!

Internet speed is sometimes referred to as “bandwidth”, which determines how much data can be uploaded or downloaded in one second. With increasing need for faster connections, “broadband” refers to high-speed internet access and is measured in megabits per second (Mbps). Your internet speed, be it 30 Mbps or 1,000 Mbps, covers your entire network. So, if two people in your office are uploading files at the same time, your broadband is cut in half for each of them.

Most often when people talk about their internet speed, they are referring to their download speed, which determines how fast you can receive information from the internet to your device and is listed first in the download/upload format. However, many businesses need just as much bandwidth for uploading files to the internet. When your download and upload speeds match, this is referred to as symmetrical speeds and provides optimum support for all of your business needs.

With SkyLine/SkyBest’s fiber-optic network, you can achieve symmetrical speeds up to 1 Gig. Need more speed? Call us today at 1-844-SKYBEST for special pricing on speeds up to 1,000 Mbps.