How to block a channel on SkyBest TV for Business

This help topic only applies to customers on the Minerva Platform.

You are on the Minerva Platform if your guide looks like this: 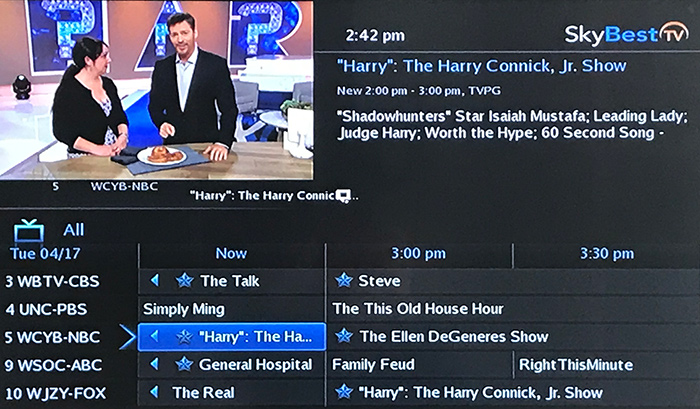 This will remove the channel from your program.

Press the MENU button on your remote control.

Use the arrow buttons to select "Settings" and press OK.

You will be on the "Preferences" tab and it will be highlighted. Use the arrow buttons to select "Channel Blocking" and press OK. A check should appear in the box to the left of "Channel Blocking."

Use the arrow buttons on the remote to select "Edit" and press OK on your remote.

Use the arrow buttons to scroll through the list of channels. Press OK when the channel(s) that you wish to block is selected. A small "lock" symbol will appear next to the channel name(s).

When you have chosen every channel that you would like to block, use your arrow button to select "Update" and press OK. (You may need to scroll left then down to get to "Update.”)

Blocked channels will no longer appear in your electronic program guide. To unblock channels, simply repeat the same process but this time remove the "lock" symbol from the desired channels.

Check out these other popular search topics: